Rob was an unlikely patient in my office. He was a hard driven, type A businessman who was impatient, angry, and demanding of himself, his business and his son. He always had to be a winner: playing soccer, raging on roads, or screaming at his employees.

But his life suddenly changed after his father died of a heart attack. Rob unexpectedly became aware of his health and mortality, his high cholesterol and some strange sensations in his heart. He eventually suffered a heart attack himself, and had three stents put into his coronary arteries because of severe obstructions.

A formerly fearless man now became frightened every time he had an unusual sensation in his heart. He wanted to win, to beat his heart illness, but the more he tried, the more his heart rebelled, responding with waves of sensations that Rob feared were signs of another heart attack. In desperation, he turned to alternative approaches such as massage and yoga, but there was little improvement. It was his yoga therapist, a friend of mine, who sent him to me.

Rob was a tough customer. He had no idea about his emotions and no mind-body connection. In his first month of treatment, his anxiety was so severe that he was put on a tranquilizer and an antidepressant. He refused to take any alternative homeopathic or herbal remedies because his cardiologist would not approve any of them, considering homeopathy and herbs to be unproven and dangerous. I got to work on him and he soon gave me a new, lovely name: “My crazy Russian psychiatrist.”

Applied Psycho-Neurobiology (APN) testing revealed a primary imbalance in the energetic organ of the Gall Bladder, a primary negative emotion of resentment and the color red.

APN is like the digging of an archeologist who is removing layers of past traumas, trying to uncover deeper wounds under them and then putting those old injuries in a museum of memories, separate from emotions. When a memory is just a memory, without any underlying emotion, Kinesiological testing does not show any reaction or weakness. This is when you know that it has been resolved for good.

Every new layer of emotions and past memories reveals itself by a progression of colors from red to violet. Digging into Rob’s layers of resentment we found that he was angry at various things such as his illness, losing his fight with the strange sensations around his heart, his laid-back son, not playing as hard as he would expect, his friend betraying him, and his father dying. It took us several visits to resolve most of these layers.

By doing Kinesiological testing, I would find an eye movement, color, tapping point, and emotion. It usually takes just a couple of minutes. Then, I would give him glasses with a selected color and rhythmically wave my hand in front of his eyes while tapping a kinesiologically chosen acupuncture point. This would bring him into a very deep emotional, energetic and spiritual experience. I would ask him about what he was experiencing and this would elicit deep, hidden emotions and cascades of thoughts, memories, and sensations in his body. I would guide him through a healing dialog, asking him to face his past issues.

The solutions would come by themselves or with a bit of my guidance. Self-healing is a rule and not an exception in this treatment. He would breathe very deeply, letting go of past resentments, forgiving and resolving, and seeing new possibilities in his life. Following that, he would usually develop strong energetic sensations and movements in his body followed by a deep sense of relaxation or the Yin state – a state of healing. Following his sessions, I would give him writing and reading assignments.

Rob began to change, gradually learning new ways of relating to life without anger and frustration. He became open to spirituality and energetic work.

The other energetic organ that was affected was his heart. The disturbed emotion was self-protection. It seemed logical since he was afraid of death. As we progressed with the layers of healing, it revealed his deep connection to his father. He was carrying a fear and self-protection for his father. His father, always a “mench”, was a survivor of the holocaust and the communist regime in Romania. His father was never afraid of anything in life. He was a wise man, deeply respected by everybody, ready to help anybody in trouble and ready to fight if anybody insulted Jews. Only in the last days of his life did he show a fear of death. But it was Rob who carried a deep fear for his own and his father’s life, manifesting in an emotion of self-protection. Through APN work we were able to resolve this entanglement.

Rob was doing much better. He eagerly took on energetic exercises and spirituality. He was excited about the Power vs. Force book. We did less APN work, and instead spent most of the time exploring the horizons of spirituality. Rob was becoming a different man. He found a Chi Gong teacher and began to practice. Even his soccer-coaching style changed. He taught kids how to meditate and took them to a yoga course. He was beginning a new life for himself. We began decreasing his psychotropic medications and he was able to decrease his cardiac medications as well. His cardiologist was very pleased with his progress. Physically he was in top shape.

But as we went though the last layers of his energetic heart disharmony, something unexpected was revealed. Rob never talked about his mother – she was always in the background, supportive, loving, and there when she was needed. He was at a dark violet color when the connection with her emotion of self-protection became obvious. But it was not just his mother. The Kinesiological testing was actually pointing to her mother, Rob’s grandmother. When I asked what had happened to her he suddenly began to cry and felt powerful energetic movements around his heart area.

“She died when my mother was just two,” he said. It was his grandmother’s deep attachment and concern for her daughter’s – Rob’s mother’s – survival, which was at the bottom of the emotional pyramid. The resolution of this last emotional layer of his energetic heart wound was very powerful for Rob.

Since that session, I rarely see Rob. He is doing great. We have the same Chi Gong teacher, Pit, that Rob introduced me to. Rob is very diligent in studying his Chi Gong – at least his old competitive habits are serving him well. 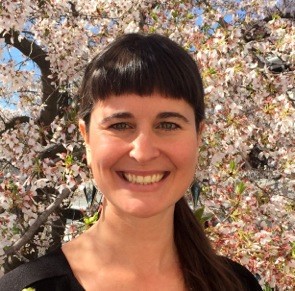